The founders of this start up business approached us with the need to develop a brand identity system they could use to market their high end home theatre and entertainment systems and installation service to movie lovers and gamers. With only a vague idea of a business name in mind, they commissioned us to develop the entire identity for them, including proposing a business name and logo design.

We discovered that competitor identities focussed on experiential, sound-based or descriptive names. From this we derived a gap in the market: no other identity system was using cult or cinema classic films to target film buffs who are serious about film—those more likely to invest in a home cinema.

Our research changed direction—we began to investigate epic films from which we could use visual references as part of this identity.

Stanley Kubrick’s ‘2001: Space Odyssey’ is one of the greatest films of all time. It is renowned for a high level of detail, which is sometimes only obvious to the well trained eye or ear. The black shaped Monolith in this film is an iconic, powerful and mysterious rectangular stone that symbolises change and transformation. The Monolith is also a visual and metaphorical link to the cinema screen and film. Its shape can be referred to as a cuboid.

As well as ‘Cuboid’ being a short and memorable alternative word for the Monolith, we recommended it would make a great brand name. The logo design uses Kubrick’s Monolith proportions (1:4:9).

These proportions can be applied to a range of design elements across the brand. It could also be suggestive of the room or space in which the home theatre is to be installed.

Our client loved the entire concept and has since expanded it. Their showroom at Gepps Cross in Adelaide has different rooms all named after cult film directors (including Kubrick), their website uses our concept design and their store is decorated in the graphics we designed for the identity system. 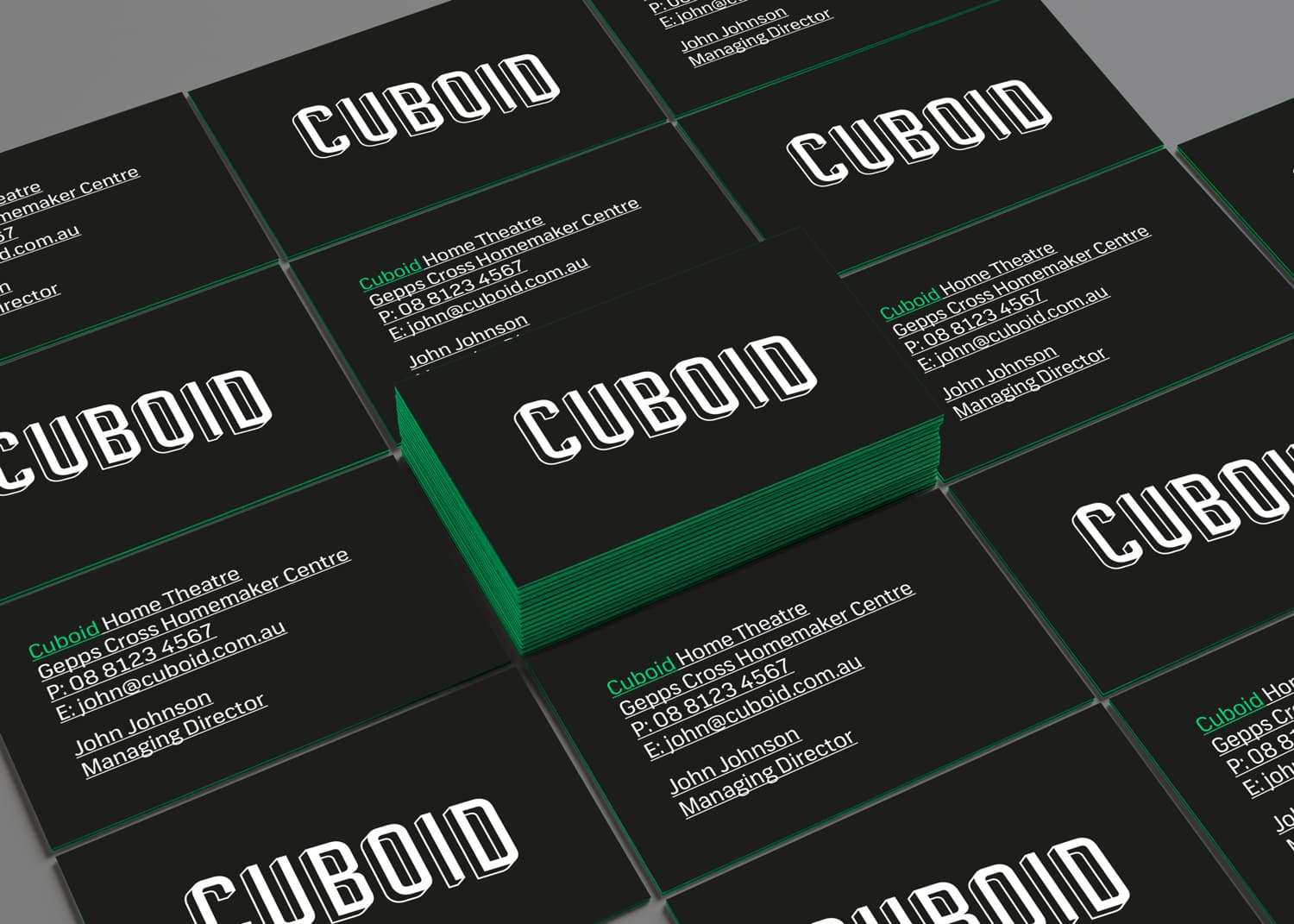 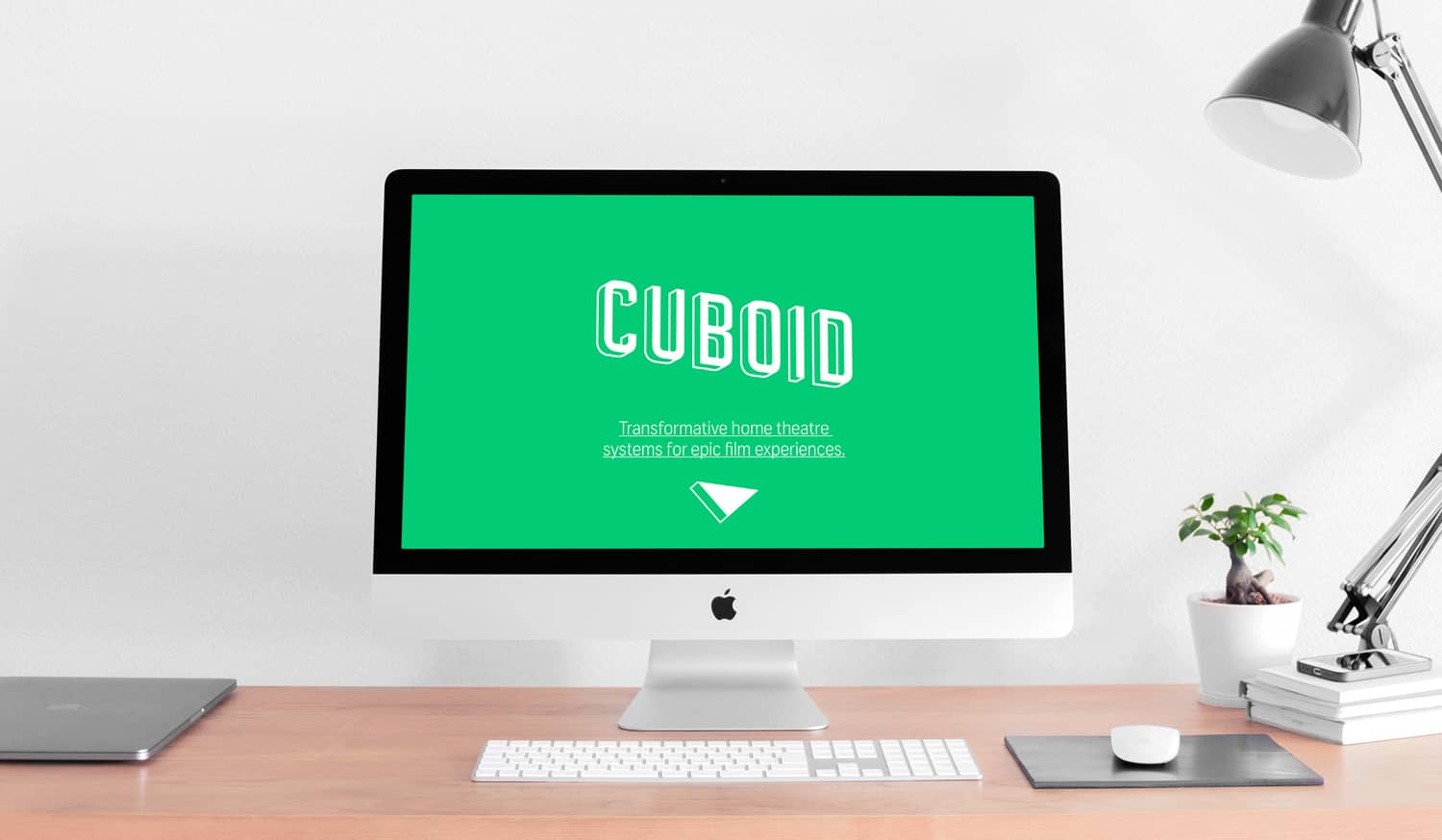 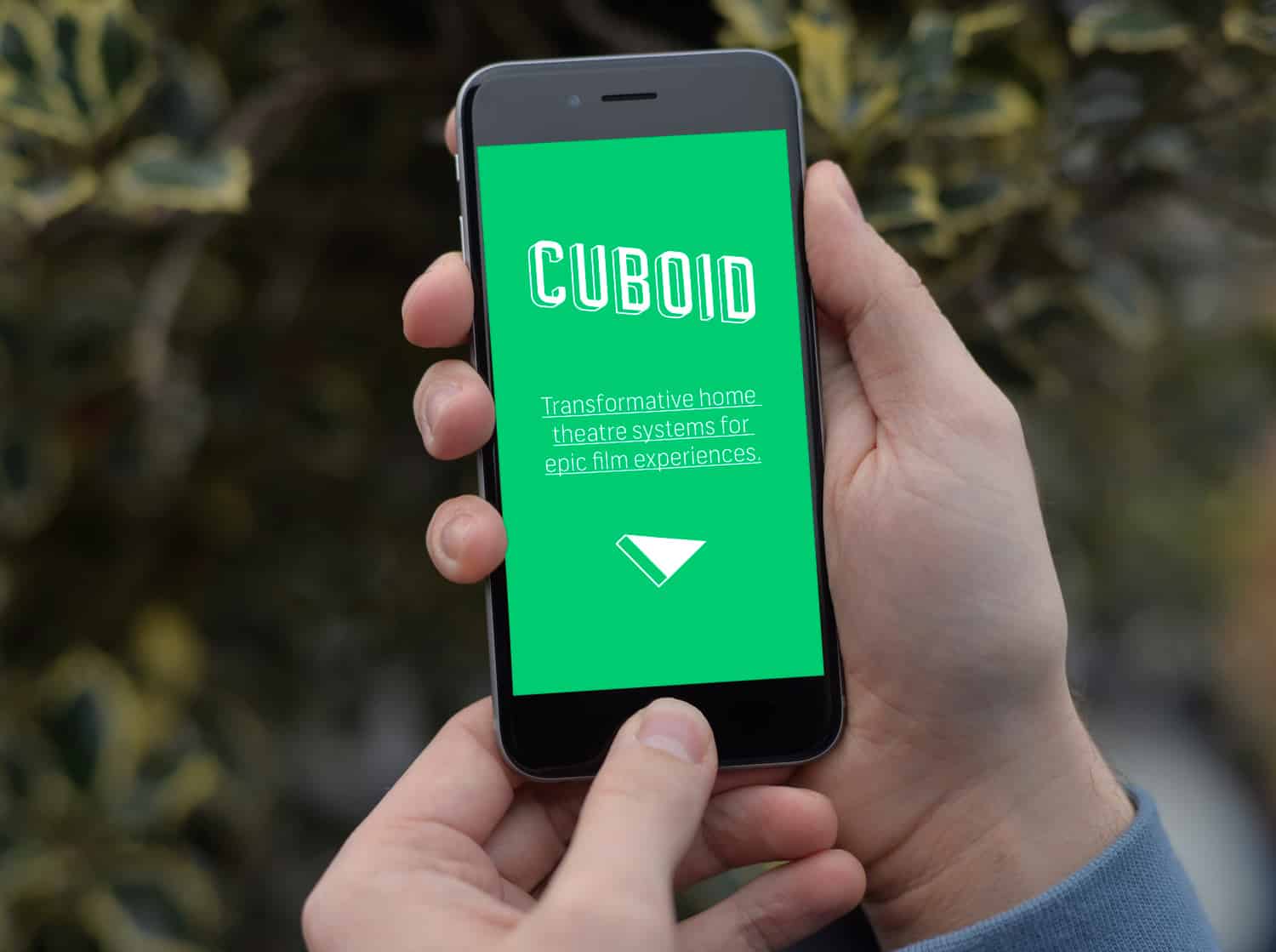 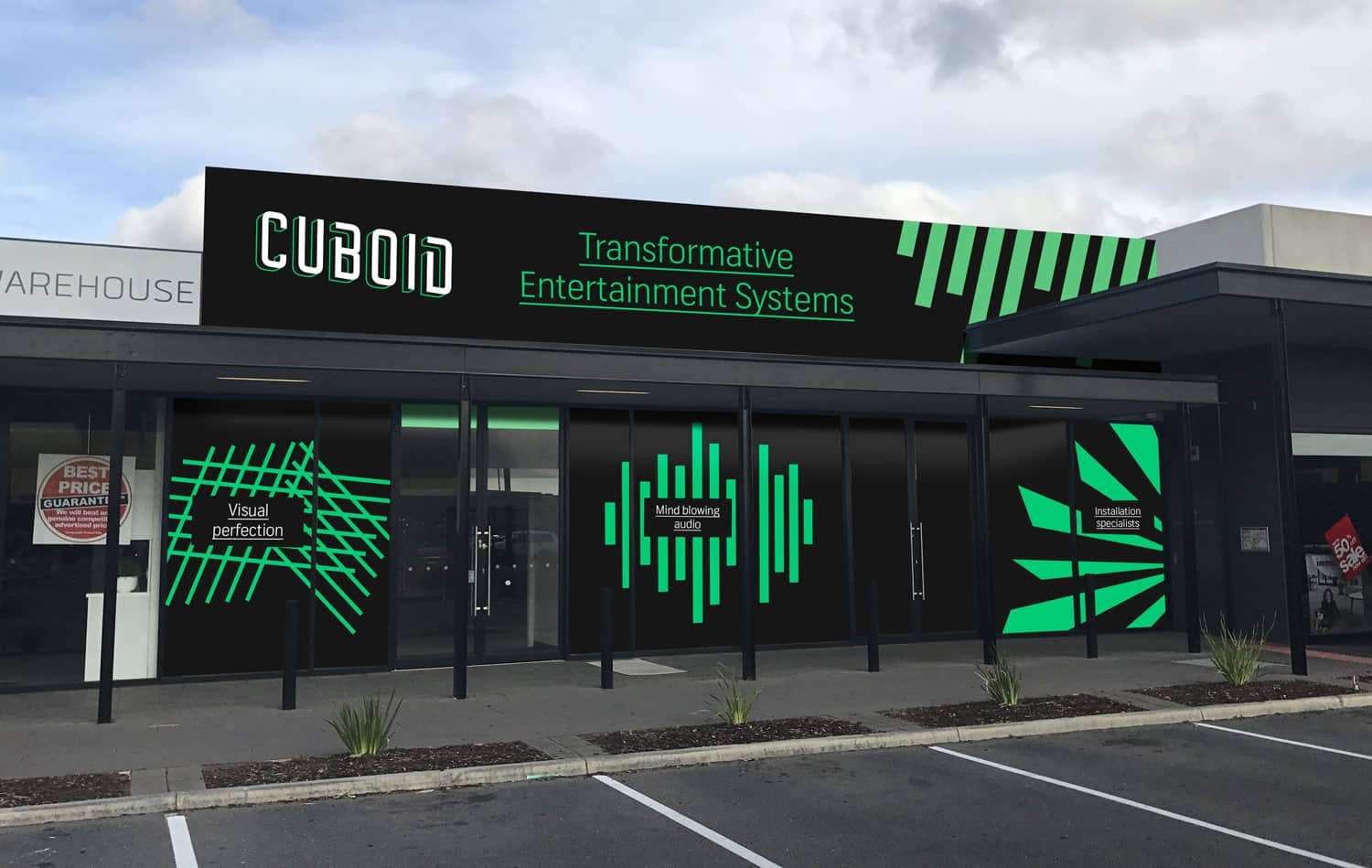