The challenge on this project was to appeal to the two very different target audiences the event is aimed at: couples with young children and tweens. The other important consideration was to make a secondary point of the event’s location: the Adelaide Park Lands are a central and safe environment for people at an official city event and we knew this was important consideration for the target groups.

Research was undertaken to find a theme and visual language that could appeal to both audiences. Through this research, Flux identified many things people of different ages share a mutual enjoyment for, including music, lego and board games, to name just a few. After thorough analysis of this comprehensive list, we decided that lollies had the most in common with the event—they are colourful, fun and tempting regardless of what stage of life you’re in. Without being too literal, which would perhaps communicate the event was actually about lollies, their colour and frivolity was used as inspiration for this project.

Soft, hand-illustrated trees represent our Park Lands and surround the city’s towers, which are themselves constructed from lollies. This imaginative landscape, mixed with striking colour palette and bold typography was designed to generate an expectation of an enjoyable event. A very playful typeface, aptly called ‘Gelateria’, was perfect for reinforcing the entire theme.

Young people are considered vital partners by Adelaide City Council in achieving their vision of a vibrant, populous and sustainable capital city. However, the existing Youth Strategy brochure did not reflect the positive and energetic approach to youth policy the council was leading.

Our aim was to make something highly relevant to a broad target number of target groups. We used a combination of hand-crafted and traditional lettering to create ‘street-art’ inspired typography. City streetscapes were also hand-drawn and used as backgrounds on which photos of young people enjoying city life are ‘pasted up’. Through these techniques we attempted to reflect the youth of Adelaide in a vibrant and relevant way.

This outcome provided a colourful, fun and visually interesting contrast to what is usually delivered by standard corporate documentation. It enabled all stakeholders to interpret the youth strategy and policy documents in their own way, and will remain interesting, effective and extremely relevant to all target groups for the full four years of its shelf life.

Adelaide City Council runs free short courses from their libraries, community centres and other city locations. The existing course guide felt more like a typical corporate document and did not reflect the fun and collaborative nature of the courses on offer.

Many of the courses that are offered are crafty or hands-on in their essence. We immediately set out to reflect this essence by experimenting with ‘hands-on’ mediums related to our own craft: the craft of design. We envisioned this would produce an outcome that communicated a more appropriate message to the target audience.

We created pages that contained hand crafted illustrations and displayed a variety of other kindred mediums. We used multi-coloured palette to further represent the multitude of courses and the depth of knowledge on offer.

The Adelaide City Council shows video clips (without audio) on the giant screen outside City Cross Arcade in Rundle Mall. We were presented with the challenge to promote the city as a vibrant place to shop and dine on this medium. Our objectives were to get people to return to the city and visit the council’s cultural website.

We decided get into the shoes of the audience by touring the city with our camera, photographing the journey in some detail. We wanted to explore the city’s streets, discover and ‘share its secrets’. During this journey we learnt that the people bring warmth and life to the city. We thought about what a city would be without the people and attempted to visualise this.

We depicted the city without people by converting all our photos to greyscale images. We then animated the journey of the audience through the cold, grey streets by adding moving colour, speech bubbles and what we called ‘visual noise’. This worked well with this medium as there was no real noise (or audio) available on the big screen.

This video clip’s effectiveness was affirmed when Qantas began using it on incoming flights to Adelaide after a staff member discovered it on YouTube.

Visual communications solutions often demand techniques outside the skill set of the graphic designer: this is one of those occasions. Our research showed that most of the existing iconography relating to the OzAsia Festival has an Eastern Asian feel, so we wanted to find something different. With the influx of so many Middle-Eastern immigrants over the last 10 or so years designer Phil Ward and our Creative Director Frank Stillitano decided to commission a local artist, originally from Pakistan, to create an authentic Henna artwork.

We gave Humna Mustafa an outline of the City of Adelaide emblem and asked her to decorate it however she liked, as long as she used her authentic Henna technique. We then took Humna’s work, scanned it. The background image we created was inspired by Middle-Eastern building materials. A combination of the intricate Henna pattern paying homage to the Adelaide City Council emblem on the bright plaster background produced a highly visual result.

The final step was to add the council’s corporate message, logo and website address.

Canvas bags are everywhere, so how could we make them unique, relevant and desirable to Adelaide City Library users?

We were given a couple of very interesting intellectual quotes as part of our brief. We studied them, analysed them, learned to love them and came to the conclusion they were both based on the same theme: The metaphor that reading is as vital to sustaining human life as the air we breathe and the water we drink.

We researched the ideas of human vitality and reading, generated images of both and attempted to combine them in visually interesting or intellectually challenging way. The images on this page depict the outcome of this process. 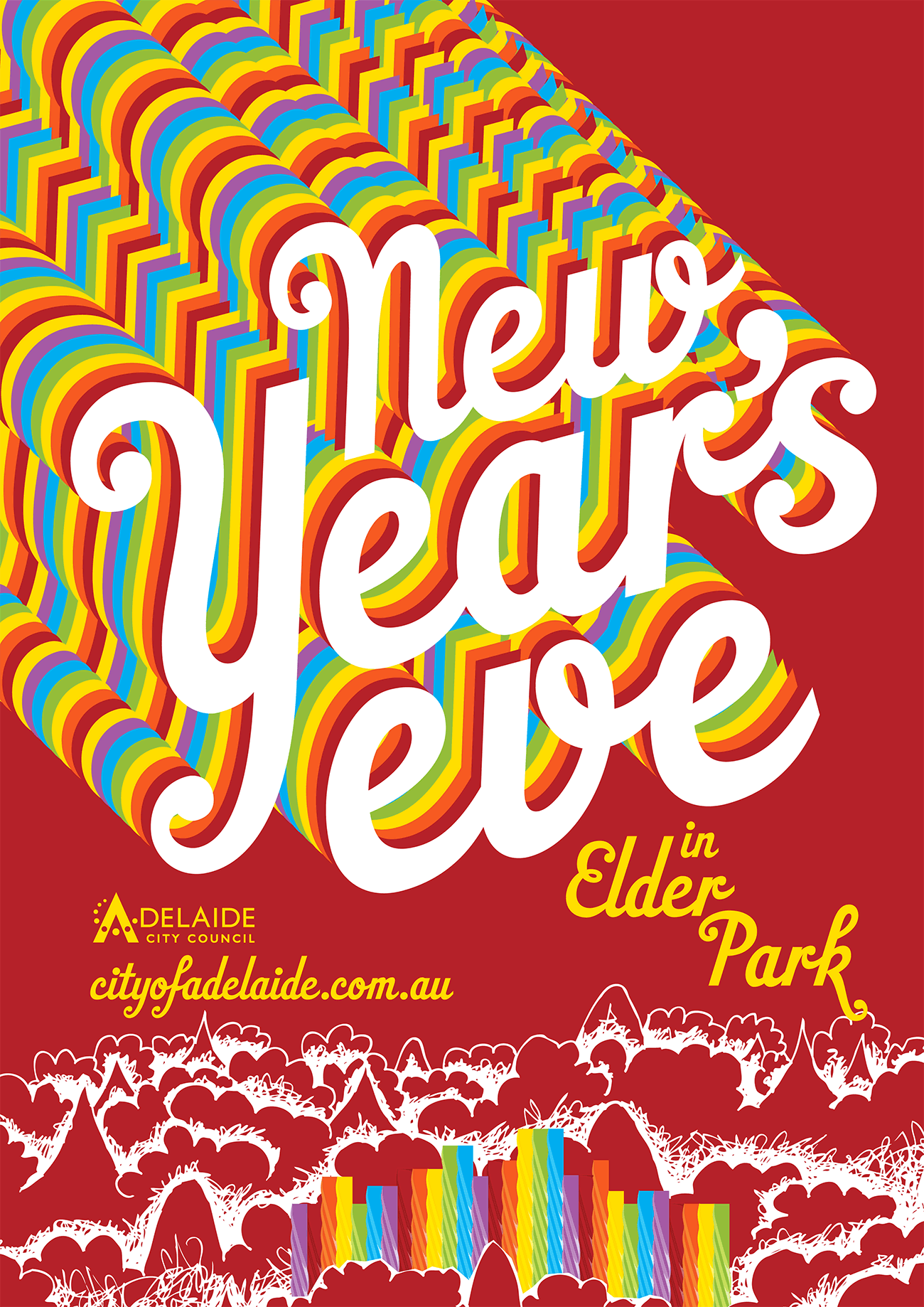 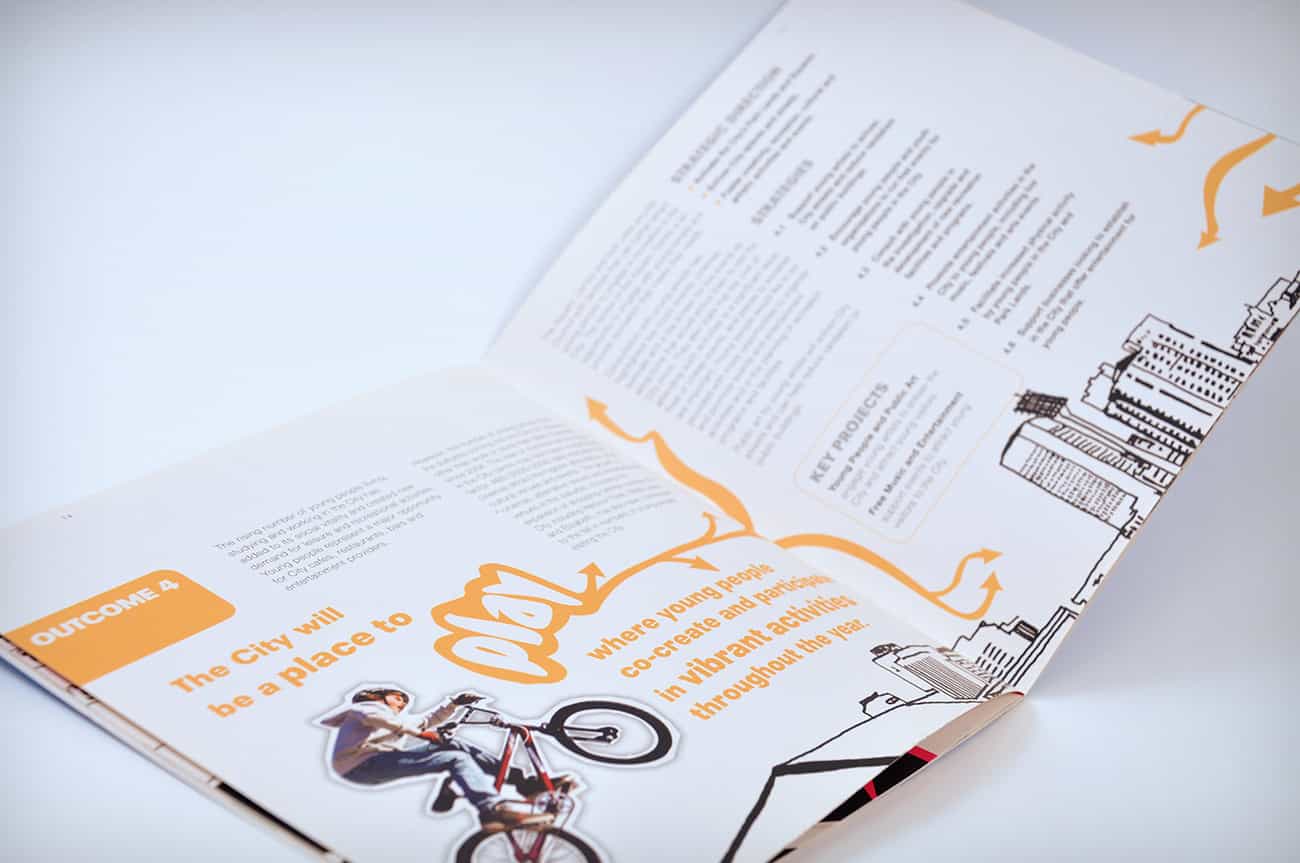 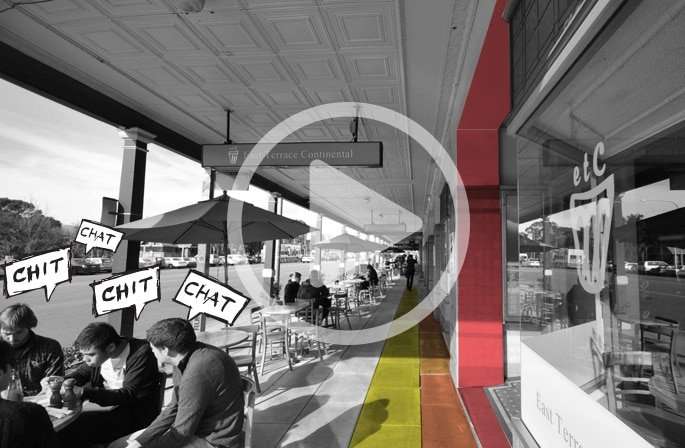 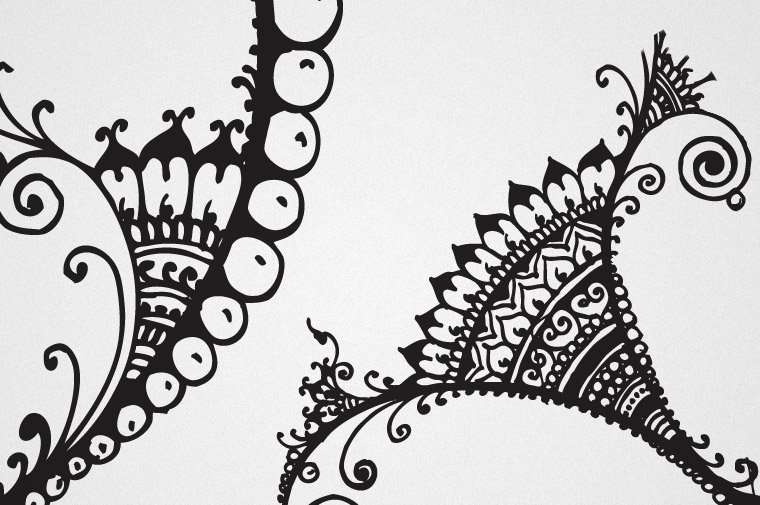 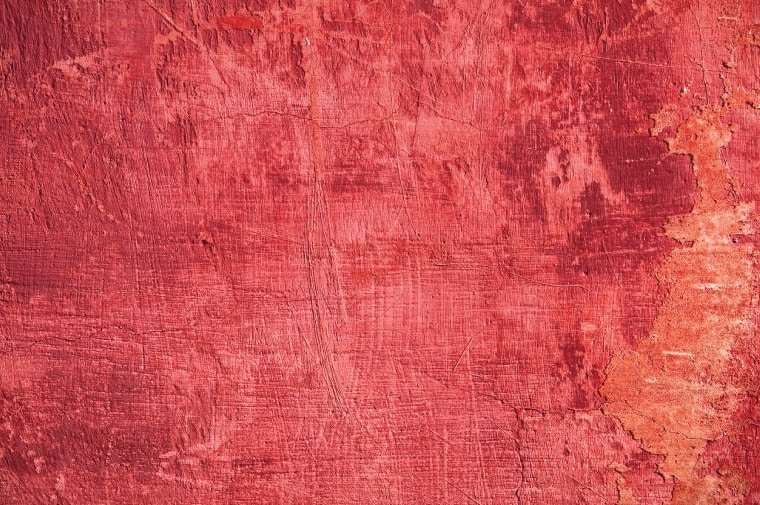 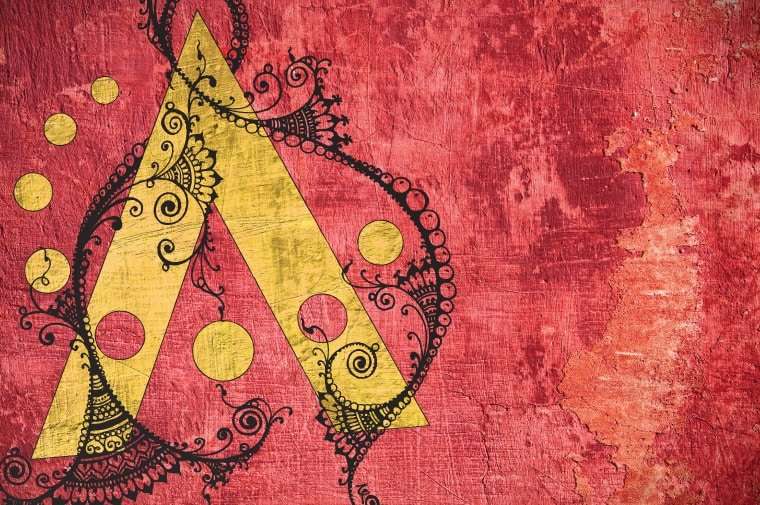 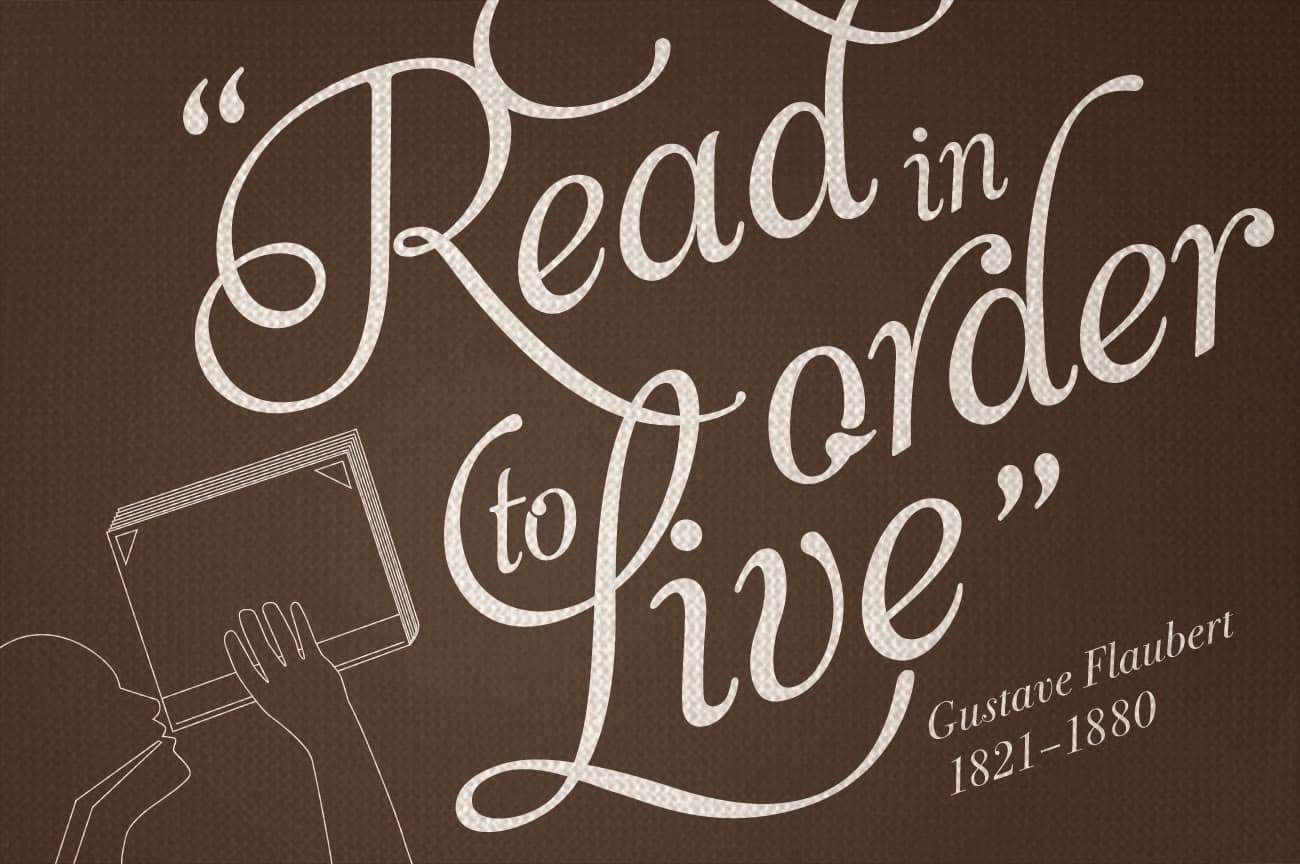