Textile artist Michelle Driver came to Flux looking to refresh the branding of her existing small business, Threefold Designs. Michelle already had a logo she was quite fond of, but knew that making her accessory products appeal to a broader audience meant developing something a little more commercial. A comprehensive identity system would assist with product sales at design markets, and also give Michelle the ability to target upmarket retail stores.

Research was the initial phase of our process, as it always is. When it comes to working with artists and makers, there is already a plethora of wonderful inspiration contained within their own work. Our job was simply to convert Michelle’s magnificent talent into a corporate identity which would work for her business.

The number three formed the core idea for this project. Not only is this number a core part of the business name, but it is also an important part of Michelle’s overall philosophy and references some weaving techniques. We created a unique trademark composed of three typographic characters: ‘3’, ‘F’ and ‘D’. Each of these three characters are made up of three lines, which are then entwined to represent weaving. The accompanying typography is spaced over three lines, further emphasising the theme. Hot pink was chosen from one of Michelle’s bright hair colours to distinguish her identity further from the majority of her competitors, who mostly use black and white colour systems.

We developed a series of geometric patterns to use as part of the overall identity system, inspired by the patterns used on Michelle’s scarves. Three patterns made up of three columns.

We also designed business cards with a three-way orientation system and swing tags for different kinds of products.

The end result is an identity system that reflects the artist’s unique personality and is refined in a way that it will appeal to the target audience. This identity has since assisted Michelle with getting her beautiful products into high end art retail outlets such as the Jam Factory.

Keep an eye out for Threefold Designs at the next Bowerbird Bazaar, or visit her website: www.threefolddesigns.com.au 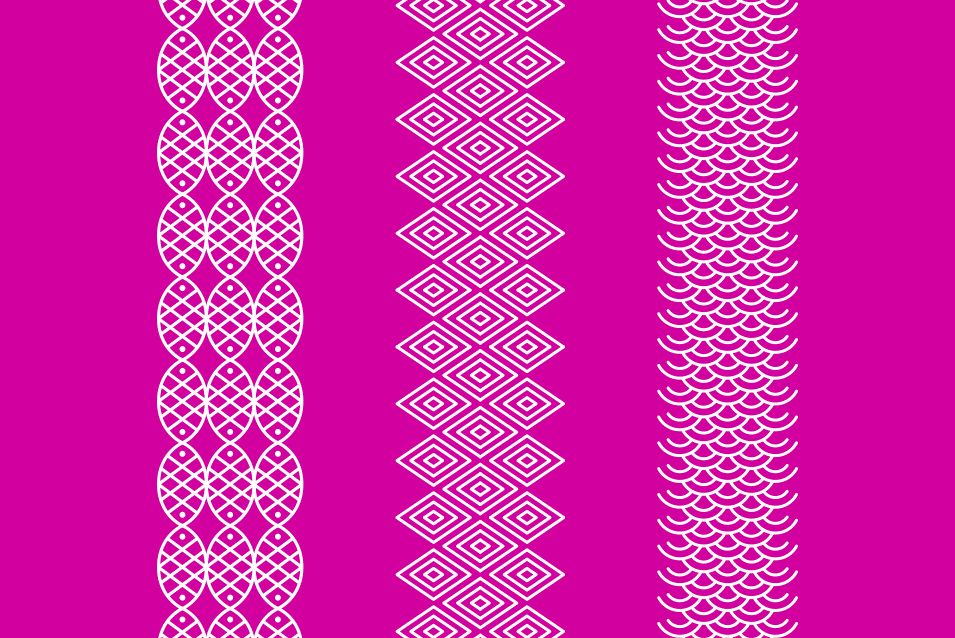 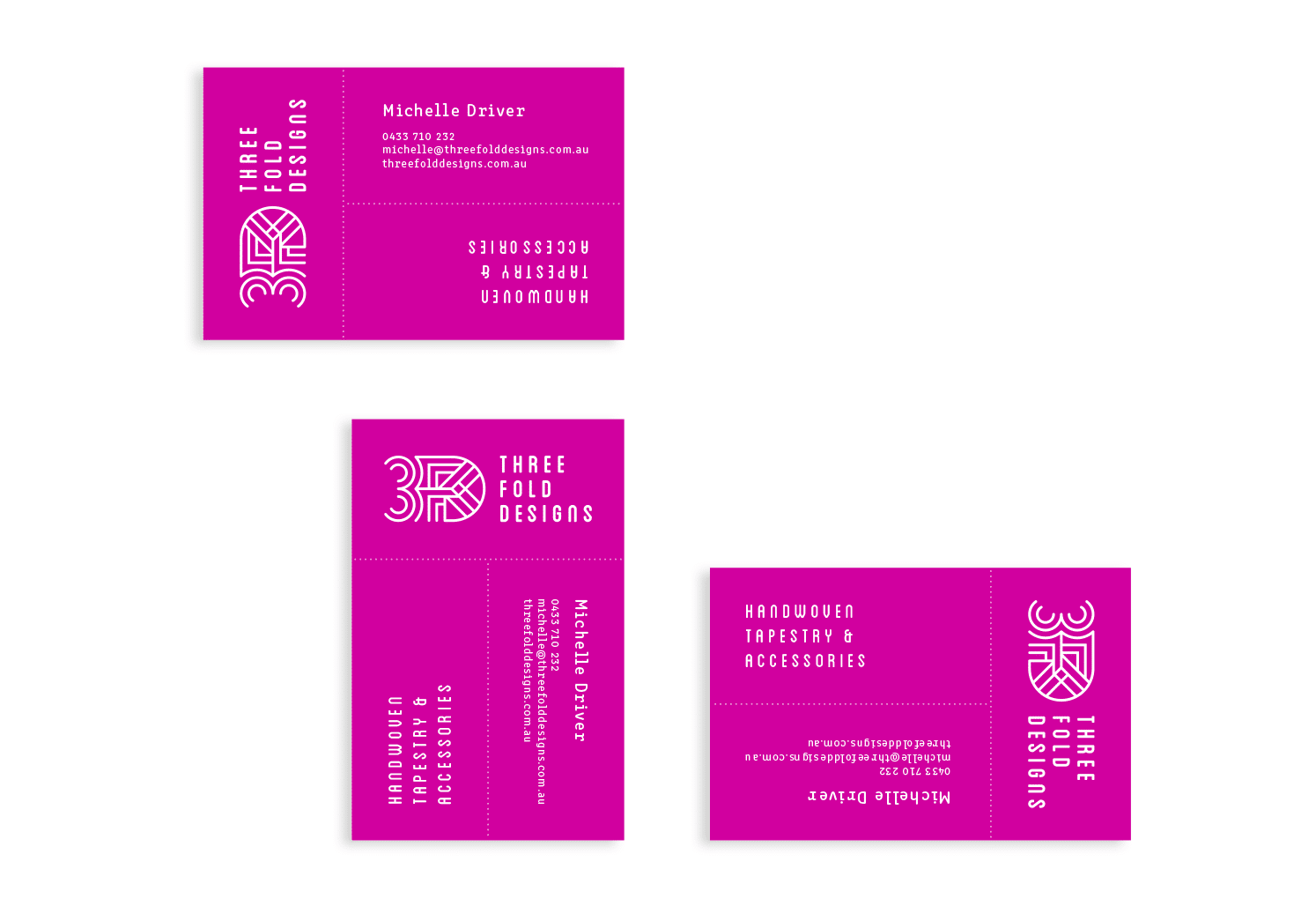 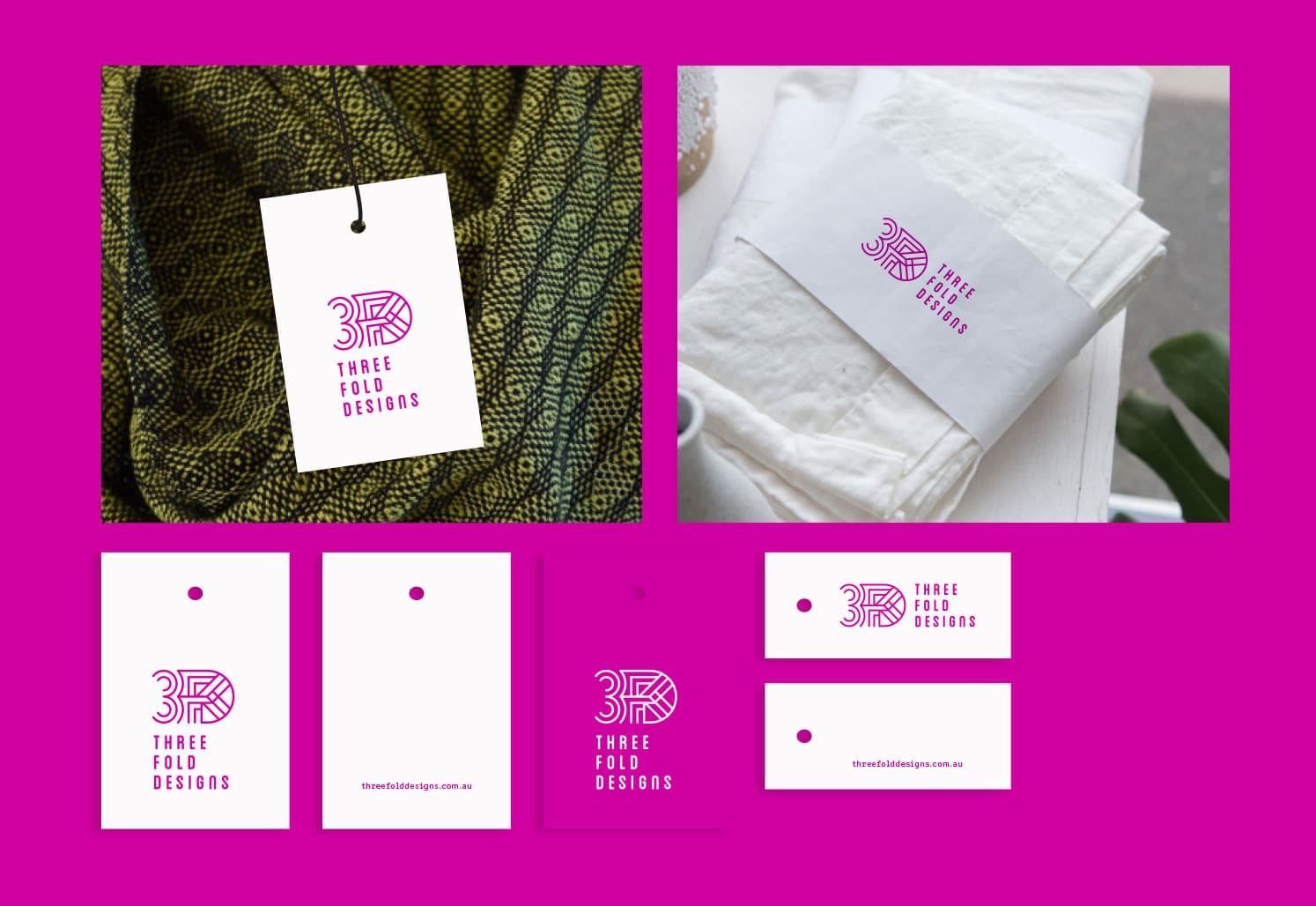 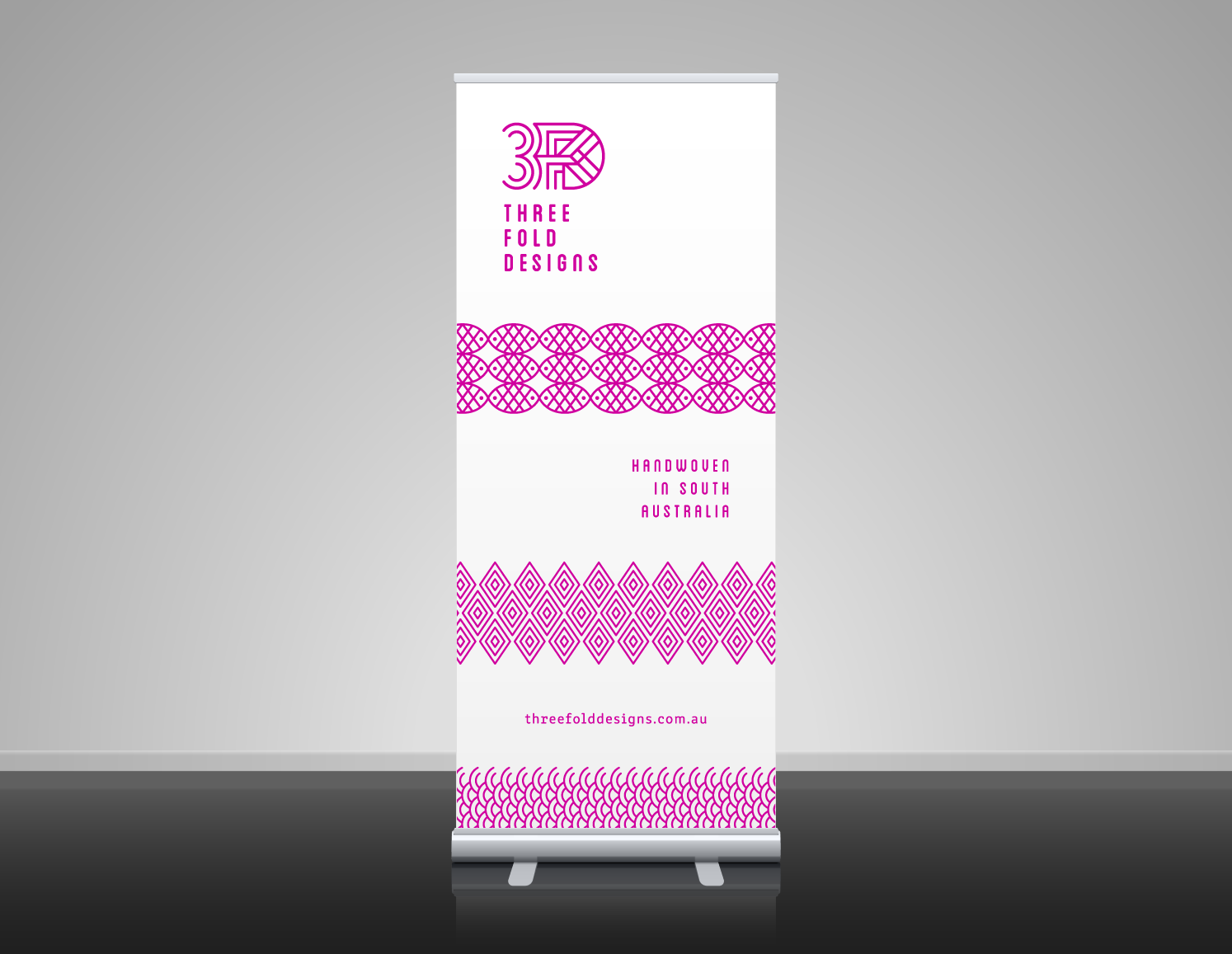